Mental health in the workplace: The UK crisis in eight statistics

Mental health in the workplace: The UK crisis in eight statistics

Last year, the government-commissioned Thriving at Work report uncovered a crisis in Britain’s workplace. People with mental health problems still feel stigmatised, and are not getting the support they need. Meanwhile many employers remain unsure as to how to provide the proper support, and are collectively losing billions as a result.

Here are eight telling statistics that highlight the extent of the problem.

1.  Up to 300,000 people with mental health problems lose their jobs each year

This is much higher than the rate of job loss among those with a physical health problem. An article by the BBC cited the example of one worker who, after telling her boss about her depression, became the subject of office gossip. After several anxious months, she left.

Paul Farmer, chief executive of mental health charity Mind, said: “Opportunities are missed to prevent poor mental health and ensure that employees who may be struggling get the support they need.”

2. 89% of workers with mental health problems report an impact on their working life

A survey by CV Library found that 14.1% of workers consider themselves to have a mental health problem. This increases to 26.9% amongst under 18s.

These figures show a 19% increase in long-term stress-related absence over the same period. And the total number of employees who took time off due to mental health problems was 204,573. Of these, 46,301 were nurses, making them the most stressed group.

4. Just 13% of employees would be comfortable talking about mental illness at work

A 2017 poll by the charity Time to Change found workers would rather talk to colleagues about sex or money worries than a mental health problem. When asked to select from a list of issues they felt they could discuss at work, 36% said they would talk openly about a physical health matter, 26% about money problems and 18% about sex – while just 13% selected mental illness. This indicates that there is still widespread stigma around the topic of mental health.

Reporting on the subject, a BBC article cited the example of Northumbria Police worker Natalie, who battled depression in silence, fearing the consequences: “At work I tried to carry on because I didn’t want to give up, I didn’t want to be defeated and I was ashamed as well because it wasn’t talked about. I was really worried that if I said, ‘I’ve got depression and anxiety,’ that would affect my career and my job prospects for the future.”

Staff turnover, sickness and lost productivity resulting from poor mental health cost UK employers £42bn last year. This reinforces the fact that, in addition to the moral argument for looking after employees’ wellbeing, employers also have a strong financial incentive for doing so.

On the upside, many employers are taking proactive steps to improve their employees’ wellbeing. The Mind Workplace Wellbeing Index Awards highlights some of the positive steps taken by organisations in the area of mental health.

Prime Minister Theresa May acknowledged this, but called on companies to go further: “Many employers are already creating healthy, inclusive workplaces, but more needs to be done so that employers provide the support needed for employees with mental health conditions.”

The per-head cost of poor mental health sheds stark light on the extent of the problem. This sum is likely to outweigh the cost of implementing a mental health programme, staff training or more inclusive company policies. And, speaking of wellbeing initiatives…

7. Mental health programmes can generate a return on investment of up to 800%

Not only can workplace wellbeing programmes reduce stress, anxiety and mild-to-moderate depression once they occur, but they can also act as a preventative measure. In fact, every £1 spent can yield an ROI of up to £9 for employers.

Public Health Matters recently highlighted the fact that preventative programmes provide good returns for the economy as a whole – around £2.37 for every £1 spent.

8. 95% of employees calling in sick with stress give a different reason

Mental health issues are the number one cause of sickness absence in the UK. Around half of all long-term sick leave in the UK is due to stress, depression and anxiety. Worryingly, 95% of employees who call in sick with stress give a different reason.

If you want to reduce stress, worry less and live better, get our app now. Alternatively, if you’re an employer looking to improve the health of your workplace, get in touch to see how our preventative programme can help. 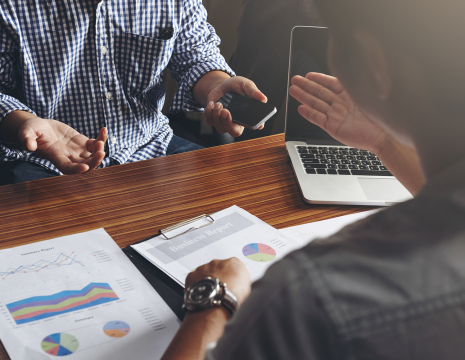 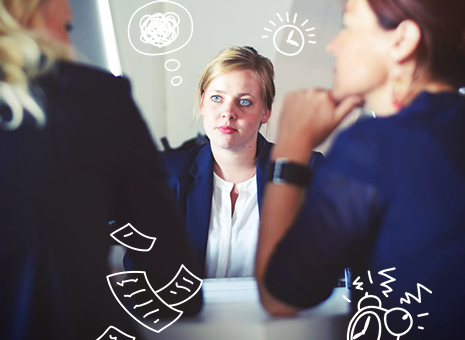 How to deal with interview nerves