Royal babies and insta-mums: The pressure to be the perfect parent

Royal babies and insta-mums: The pressure to be the perfect parent

The Duchess of Cambridge has given birth to a baby boy, and the news and social media sites are alight with excited buzz about the new arrival. But along with it will come the scrutiny of how Kate looks, what she’s wearing and the couple’s demeanour.

William and Kate’s circumstances may be extraordinary. But in the age of social media, everyone is now, to some degree, in the spotlight. New mums are exposed to idealised portrayals of parenthood not only in the mainstream media, but in their Instagram, Facebook and Twitter feeds.

A 2017 survey by mothers’ meet-up app Mush revealed that while social media gives new mums a vital link to the outside world, it’s piling on the pressure to meet unrealistic standards.

The Evening Standard reported that glossy images both of celebs and of their own friends often made participants feel bad. Over 80% said Instagram and Facebook “added pressure to be the perfect mum”. Nearly 60% said Instagram gives them a ‘fear of missing out’, and 40% said it makes them feel anxious.

60% of respondents admitted to editing their own social media feed to present a more positive picture of their lives.

Actress Blake Lively, who is a mother of two, said she used to love following parenting-related Instagram accounts. But when she gave birth, she realised there was a huge gap between the images she was seeing and the realities of motherhood. While insta-mums are posting images of apple pie and quiet afternoons snuggling with baby, “my kid’s…sticking things in the dog’s ear…putting holes in the walls”, she said. Suddenly those social media accounts she’d once loved became “torture”.

In 2017, Professor Toni Liechty at the University of Illinois conducted a study involving women who were between 20 weeks pregnant and nine months postpartum. She found that 46% of participants had been exposed to unrealistic messages around motherhood. They reported negative emotions such as self-consciousness about their bodies, depression, frustration and hopelessness when unable to lose ‘baby weight’ as quickly as celebrities supposedly do.

Liechty said the media’s focus on women’s bodies during and after pregnancy can be harmful to new mums and their babies. During the perinatal period – the time before and after giving birth – women are particularly vulnerable to poor body image.

“Participants felt that media portrayals of women ‘losing all their baby weight’ in a short time frame set unrealistic expectations and did not account for the realities of giving birth, such as hormones, physical healing and the stress of caring for a baby,” Liechty said.

Participants were nearly unanimous in the belief that media outlets focus too much on pregnant and postpartum women’s bodies, and said they would like to see media explore other aspects of the perinatal experience, such as parenting or the miracle of birth.

Prince William has spoken out against the rise of online ‘fakeness’, particularly on social media. And it’s clear that he and Kate are keen to portray a real image of parenting, despite their extraordinary circumstances.

Via their work with charity Heads Together, William and Kate have encouraged parents to speak out about their mental health, and have spoken openly about their own struggles.  “Personally, becoming a parent has been such a rewarding and wonderful experience”, Kate said at a recent Heads Together event. “However, at times it has also been a huge challenge. Even for me, who has support at home – but most parents do not.”

It may be difficult for us – and certainly for Kate – to avoid the media scrum around the new arrival. But there are steps you can take to take control of what you’re exposed to online. Check out our blog on digital tips to improve your mental health here.

My Possible Self is an app that’s designed to help you reduce stress, anxiety and low mood, and increase your happiness and wellbeing. Try it now. 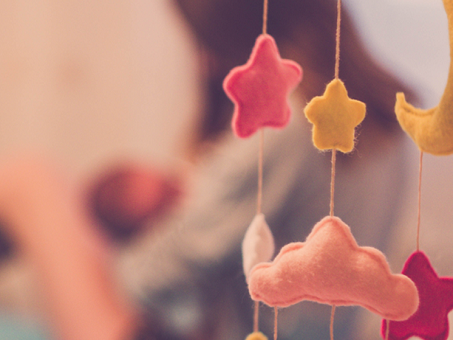 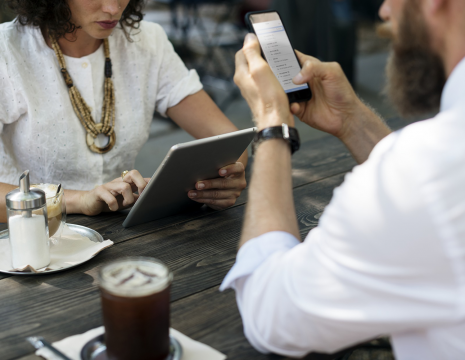